Click on the dogs name for the pedigree information. 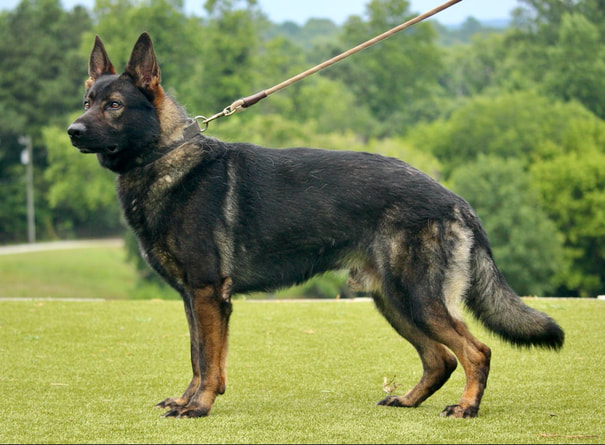 Ike is a black sable male from our own breeding program,
litter " I ". He is a medium size male but has tremendous prey drive especially when engaged. He is tilted IGP3 and is a dog that truly enjoys protection work. Outside of training, Ike is a balanced dog that loves to be around kids, other animals and he's very easy to handle.
From his father (Grimm) side he inherited the protection and hardness traits that were predominant in the Czech working line dogs. The mother's side added the prey drive and his intensity.
Ike will be a dog used to produce top level protection dogs but also great family dogs.

Torres is a black sable male imported from Czech Republic. He is a large male with great structure that is tilted ZVV1. He is a serious dog that has great focus during training.
From his father and mother's  side he inherited the size and higher prey drive known in the German working lines. He will be used to increase prey drive, size, bone structure and seriousness to his progeny. 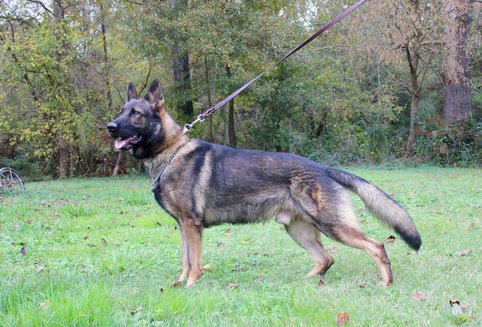 Art is a Czech import, titled IPO1 and in training for his IPO2 exam. He is a large male that has a very high drive. This dog lives to bite, has a full grip and hard bite. He is a confident dog that constantly wants to work.
He gets his hardness and serious edge from the Egidius lines, his grandfather is the famous Drago Eqidius. He is line bred to Nike Eqidius, Arne Egidius and Aly vom Vordersteinwald. He is a very strong dog overall and one person handler.

Art will be used in a breeding where there's a need to improve drive and hardness for protection work.