Click on the dogs name for the pedigree information.
Cora Vamoz Bohemia 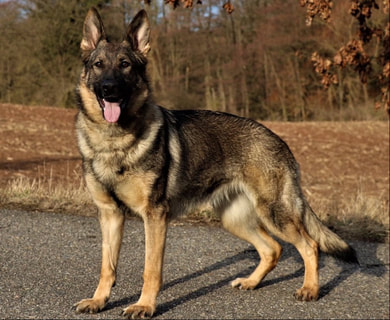 Cora is a light sable female imported from our litter in Czech Republic. She is a large female that is titled ZVV1.  She is a dog with high prey drive and energy levels. She's a very level headed dog that could be great in all training venues.
From her father's side, Qvido Vedepen-the world champion, she inherited the prey drive along with the desire to please the handler. The mothers side added intensity and the Anrebri pedigree lines used for police dogs.
Cora will be used to produce high prey dogs for police, competition, or very active environment. 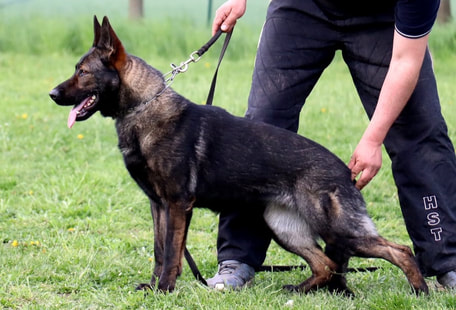 Iza is a black sable female from our own breeding program, Grimm and Collet litter. She is a large female with a high prey drive and great defense, she is also titled ZVV1. She has a balanced pedigree with the Czech lines adding real natural defense from her father's side. From her mother's side she inherited the high prey/hunt drive and intensity. She will be used to produce dogs with natural instincts to protect, large bones and dark pigment. 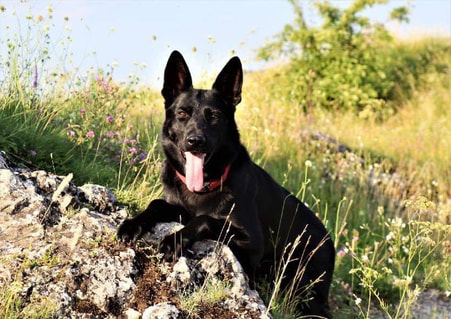 Targa is a solid black Czech Republic import, titled ZVV1. She is a dog with a great balanced temperament, good with kids, other dogs and animals. She serious dog which has a high prey drive and is easy to handle with her constant desire to work/interact with the handler.
Her pedigree consists of majority West German working lines and the rest Czech lines. She is going to be a dog used in adding balance to her progeny. 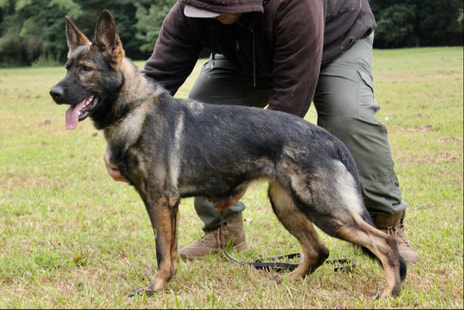 Noby is a medium size dark sable female, DOB 03-03-2018, titled ZVV1. Noby is a fast, agile and high desire to engage with the handler temperament type dog. She thrives in defense and obedience work. Her father's side adds the Czech lines to her pedigree  known for the natural defense. From her mother's side she inherited the German working lines, adding high drive and the desire to interact with her handler making her great in obedience. She will be used to produce dogs suitable for family protection, personal protection or law enforcement dual purpose dogs. 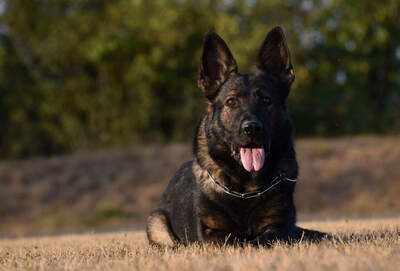 Collet is black sable Czech Republic Import which is tilted IPO1. She is a nice size female, large bones and dark pigment. She has a medium/high prey drive with a high food drive. Collet has the temperament to be good  family dog and great working dog.
From her father side, she has the German lines(​Staatsmacht and Geefacker) known for their high energy/drive dogs.
Her mothers blood adds hardness from the Eqidius and Czech lines. 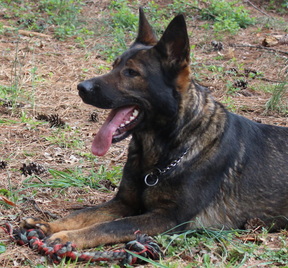 Zada is a large black sable female. She is a very tough dog, geared towards protection. She can only be handled by her owner. Her personality is not one for sport, but has a very high ball drive and high energy. She produces puppies that are ideal for personal protection and law enforcement. Her sire is a k-9 dog in the mid-west and her grandfather, Erri z Blatenskeho Zamku, is a two time world competitor. She is 100% Czech lines and is line bred to: